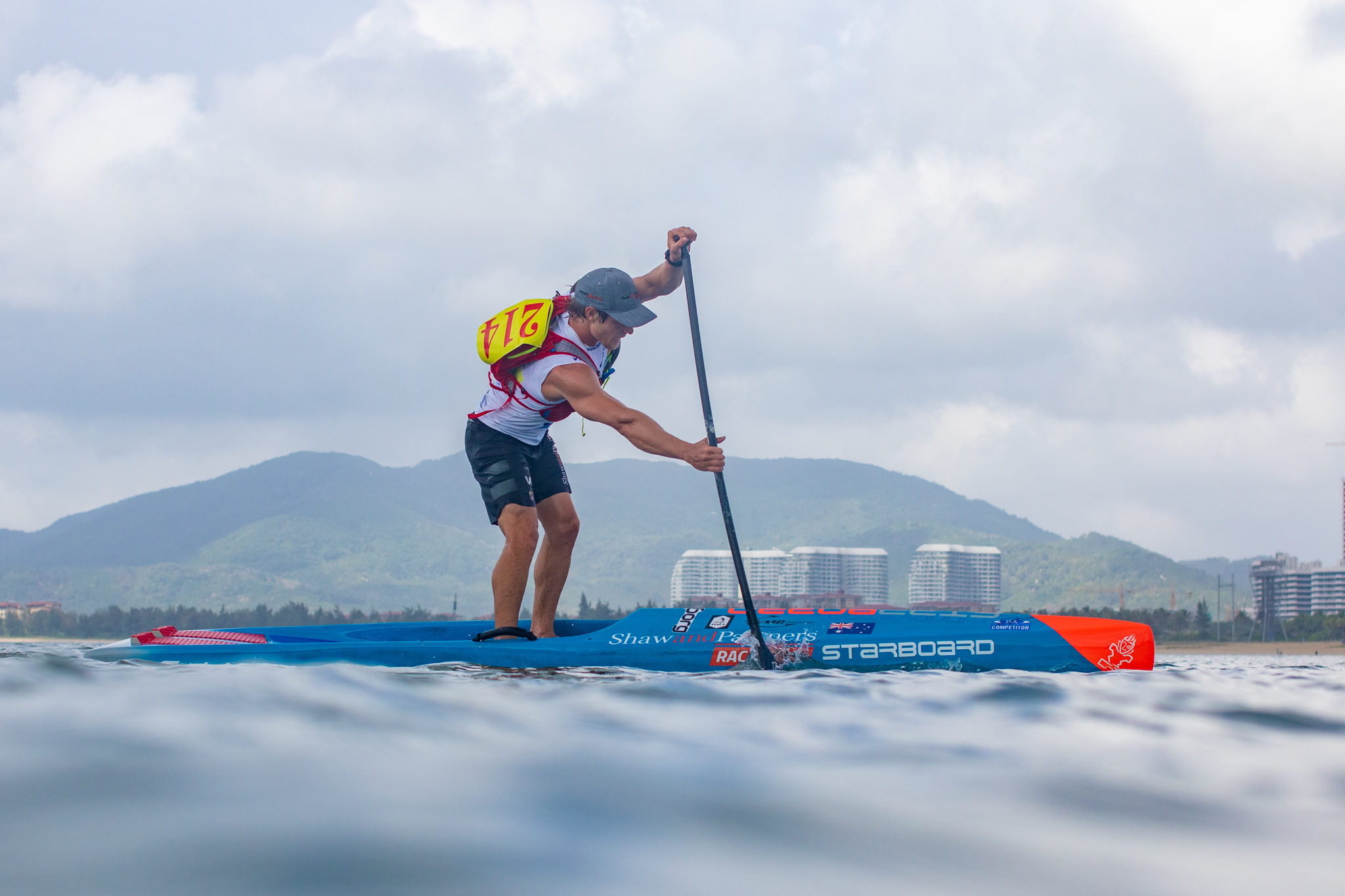 The race comes with so many challenges for Booth; a vast distance paddle on flat water, taxing and strenuous weather conditions that are abnormal to him as well as the flight time and jet lag that will no doubt come into play.

Determined to not let any of that distract his focus, Booth expresses that overall, he is excited for the challenge and to take on something new – “completely out of my depth and foreign conditions to what I am used to racing in.

“I have had to go shopping and kit myself out in the appropriate gear for the weather, I’ve barely raced in more than a rash shirt and boardies my whole career!”

The sell-out event will see more than 800 competitors on the start line this weekend, known as one of the most prestigious and major races in the SUP sport.

With mixed emotions, Booth is in the final few days of preparation and says he is feeling relaxed and strong – both mentally and physically.

“I would normally get to this time of the year and be quite exhausted, over racing and ready for a much-needed break, however I surprisingly feel fresh and ready to go which is awesome”.

With a great racing year behind him, Michael hopes to finish his final event of the year with an outstanding result.

“The 2018 World Champion will be crowned in Paris and whilst I really hope to race well and come away with a great result, I feel privileged to participate.